First thing, before breakfast. Ducks chatter in the mist; fells peek out above. Ripples carry across the lake, spilling along the stones. The morning rhythm in the Lake District has been the same for millennia.

Today, in the grounds at Another Place, a man is adding his part to the dawn chorus.  Tending to the yew hedgerows, shaking loose soil from ripe vegetable roots, his silhouette moves through the chalky light. John, our resident gardener, has worked in this mountainscape for 15 years – but the legacy he carries goes back much further.

Before we could see the beauty

If we lived 300 years ago, we wouldn’t have seen the beauty in the Lake District, it would have scared us.

“In the early 1700s the average person couldn’t look at a mountain without feeling terrified,” explains Alex McCoskrie, Site Programme Manager for World Heritage Site. “Travelling from their pre-industrialised towns, some people fainted at the scale of a Lake District scene. Others looked at reflections in their hand-held mirrors to avoid the full brunt of the experience.”

It’s hard to imagine, but according to Alex, it was a time when people didn’t even have the language to describe the Lake District, let alone enjoy it. Daniel Defoe said that it was a barren place – too wild, too scary. He preferred Basingstoke’s formal gardens: a landscape he could relate to.

Years later, artist William Gilpin introduced a way to interpret a scene using some principles for “that kind of beauty which is agreeable in a picture”. It was a formula: he painted mountains in the distance, fells either side of a lake and something to focus on in the foreground. He called it “picturesque beauty”.

The start of a global movement

Armed with a new way of thinking, artists and writers started to visit the Lake District. Using Gilpin’s format they made etchings, prints, and for people like William Wordsworth, poems. The Picturesque movement began. It gave us the words we use to describe a beautiful scene. It started the first wave of tourism for nature’s sake. And it gave us our first real desire to protect it.

The wealthy in the North West bought up land, Alex explains, not to develop it – but to appreciate and enhance it. Viewing stations were built and gardens cultivated, like the kind you can still find at Aira Force. People have continued to modify and protect and work in harmony with the Lake District ever since. It’s one of the things that gives us a home in the ‘Cultural Landscape’ section of UNESCO’s World Heritage status listings.

For centuries – even before the Romans – Cumbrian landowners and farming families had been custodians of the land. It wasn’t until the Picturesque movement that we started to appreciate and protect it for its beauty.

300 years on, with his careful attention to our corner of the Lake District, John is a modern-day protector of that legacy.

A day in the gardens

John tries to get his bits done early doors, he explains – watering, edging, hoeing. Later, he’ll bring produce from the kitchen garden in for the chefs, bed in new plants or mow the lawn. If you know where to look, you’ll see his hand everywhere. It’s in the box-work at the bottom of the stone stairs and the beech hedging, or in the vivid green yew that rings the grounds (his passion project).

As the mist starts to lift, he points his rake at the latest work. A hot air balloon rises up over the horizon behind him. John, who was 70 this year (even though he’ll tell you he stopped having birthdays years ago), is quietly proud of the bond he’s cultivated with plants – not just at Another Place but throughout his life. He remembers planting saplings that have turned into forests. He talks fondly about the potted garden at his house in Leeds, and the first time he saw the Botanic Garden on Rose Lane when dropping his daughter off at Oxford University.

For the simplicity of his goal – to cultivate and protect plant life – it’s not a simple job. From insects to the changing seasons and diseases to rainfall, John has strategized, improvised and battled. He’s worked frantically for some projects, and for others, waited long years.

The gardens have changed in John’s 15 years here. He waves his hand as he walks between sharp edges and symmetrical flower patches; these all used to be patchy, overgrown shrubs. It took a lot of work. He takes some branches of the yew in his hands, comparing his photos to the new shoots. Quiet for a minute, he says this tree is at least as old as the original Georgian building. And while he’s proud of his part, he won’t see it go “all the way” in his lifetime.

With a backdrop of the fells and Alex McCoskrie’s recent history of the Lake District in the air, it’s hard not to compare John to those artful pioneers in the 1700s.

And as another 300 years go by, the stone walls, fells and becks will persist. And the plants will grow, carrying John’s legacy on with them.

In the meantime, when you hear the hum of the lawnmower in the morning, remember the story of the Picturesque and those early guardians of nature. Count yourself among the long list of people wondering what that nagging, pit-of-the-stomach feeling is and the words you can’t help breathing back to the impossible views.

John smiles at the lake. Misty days like these are the best, he says. Later it’ll be beautiful. 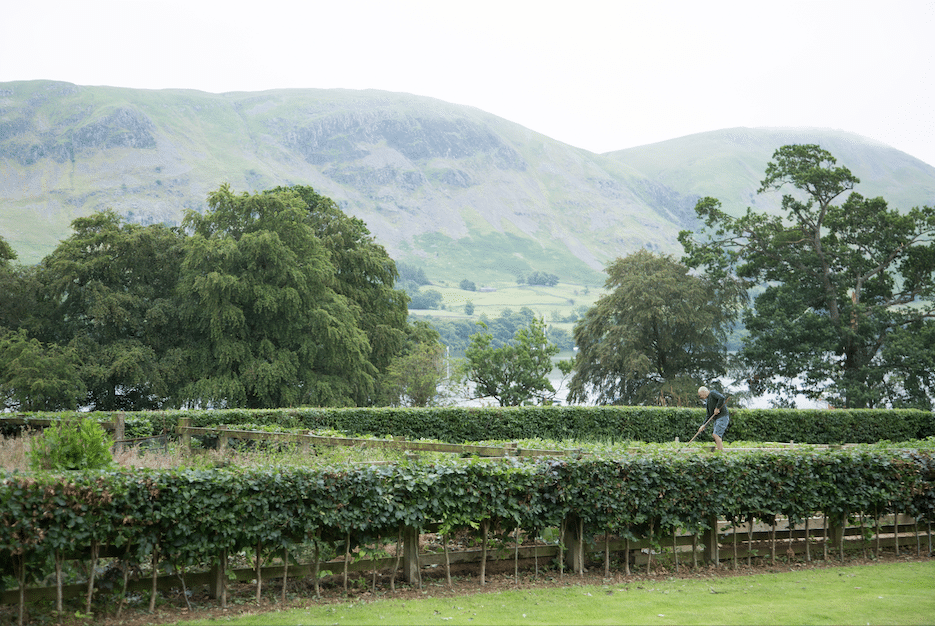 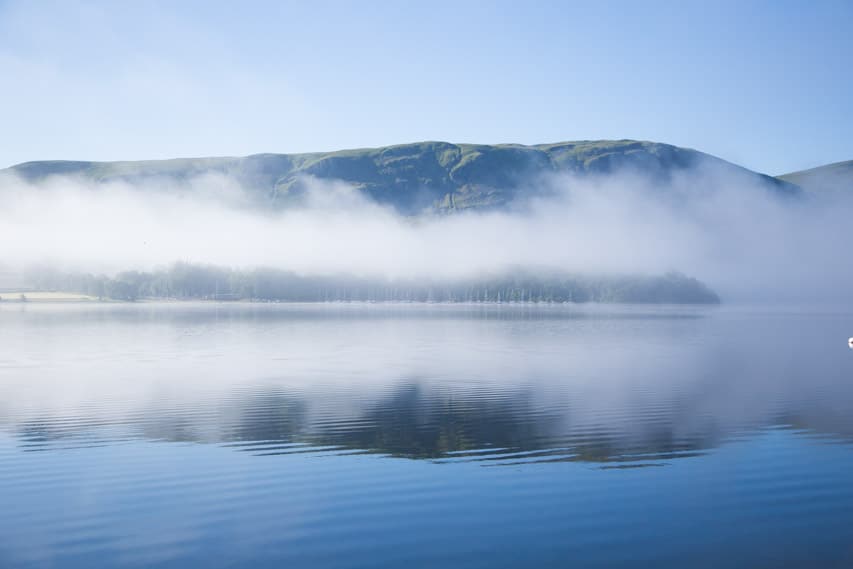 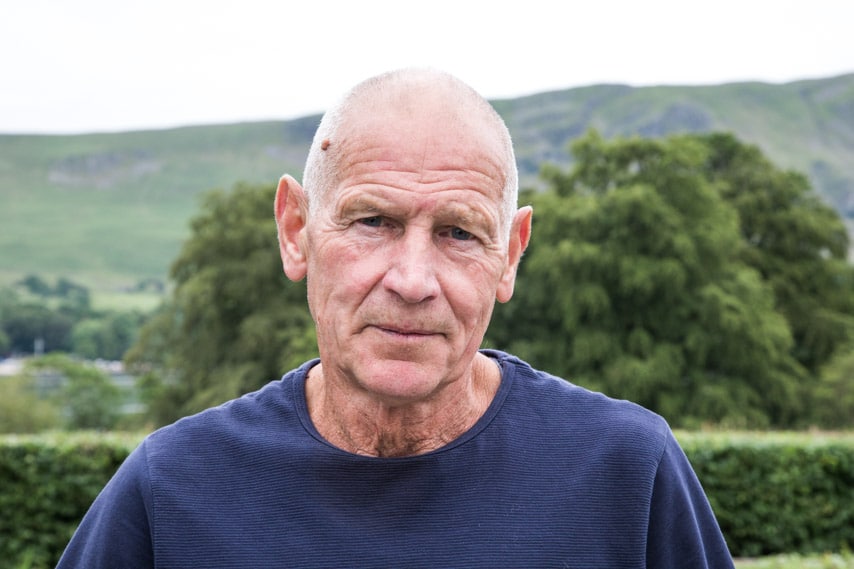 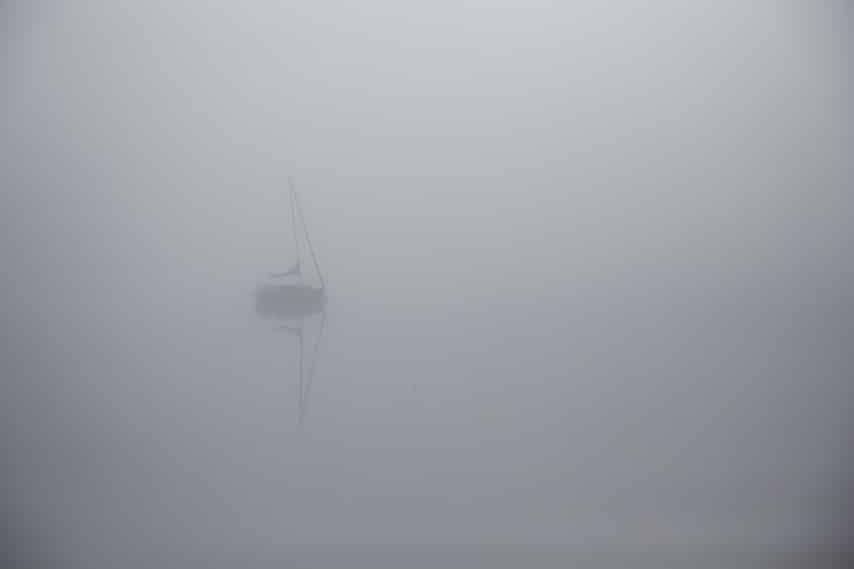 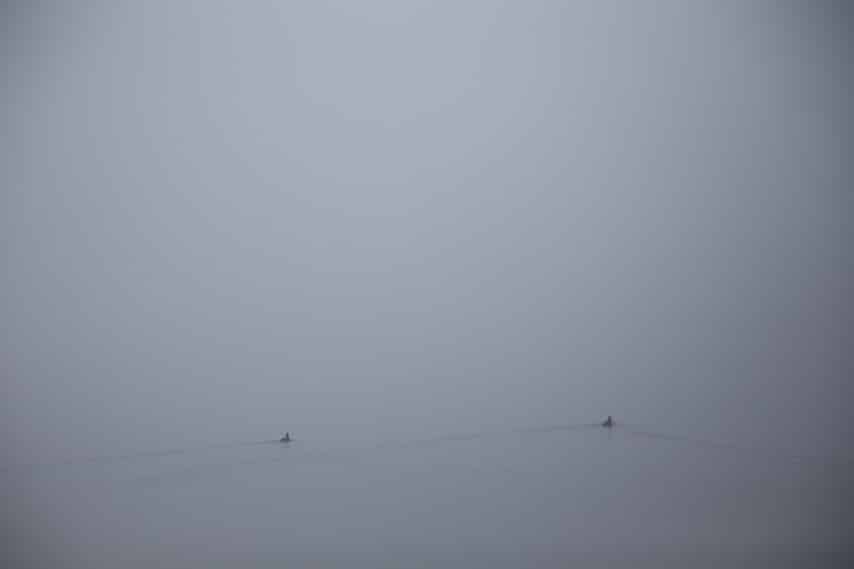 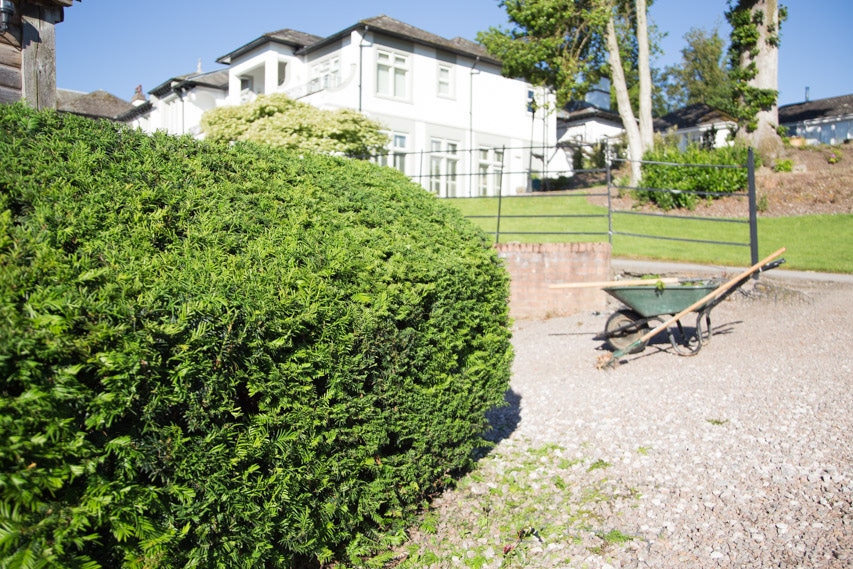 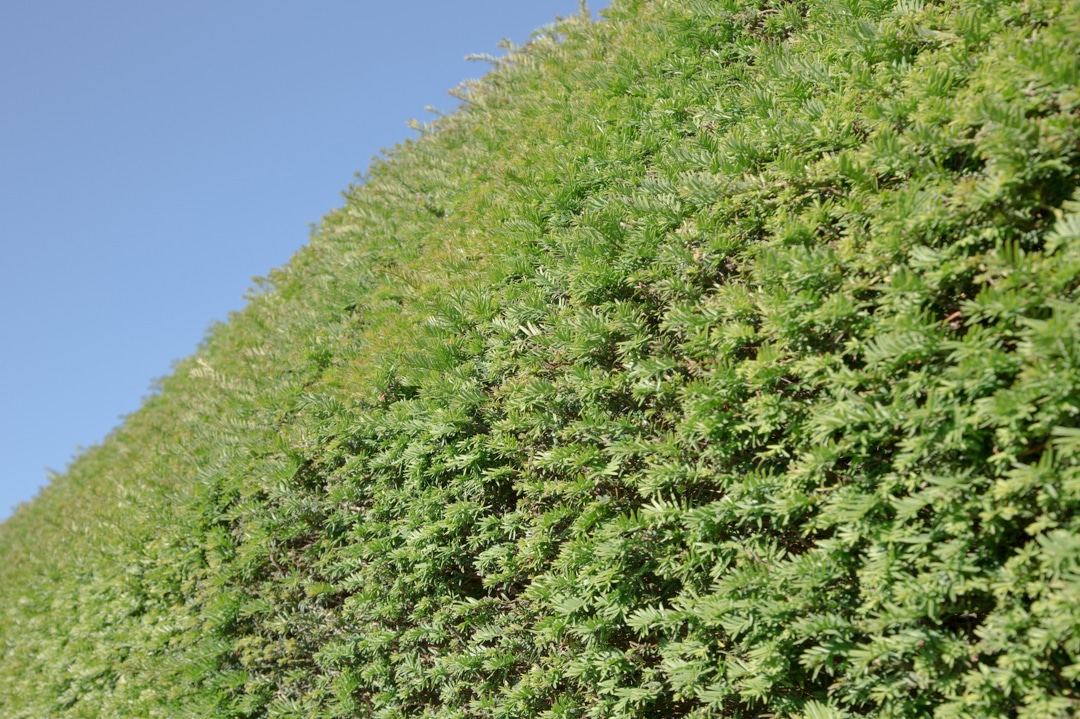 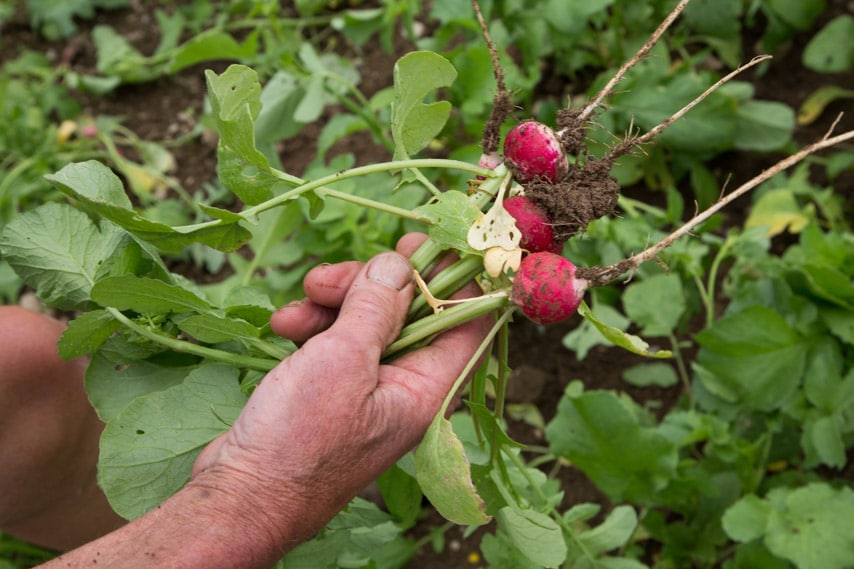 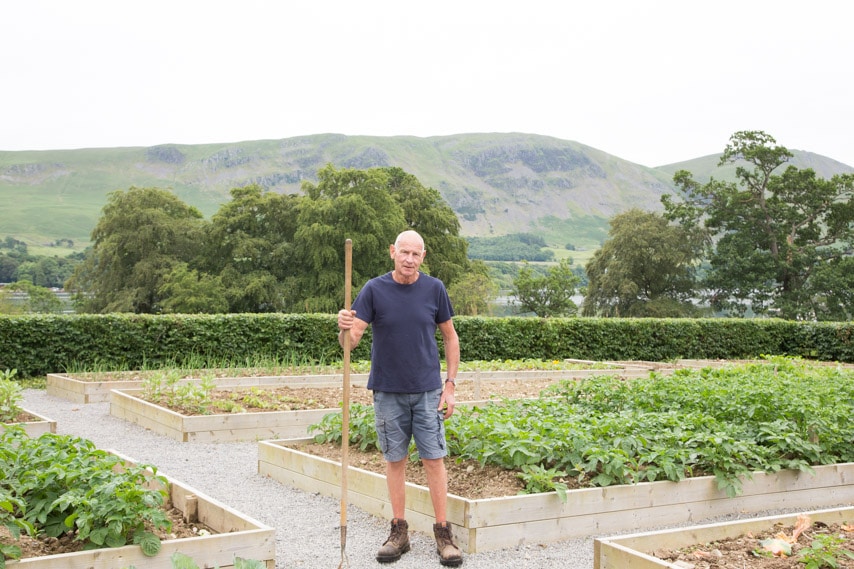 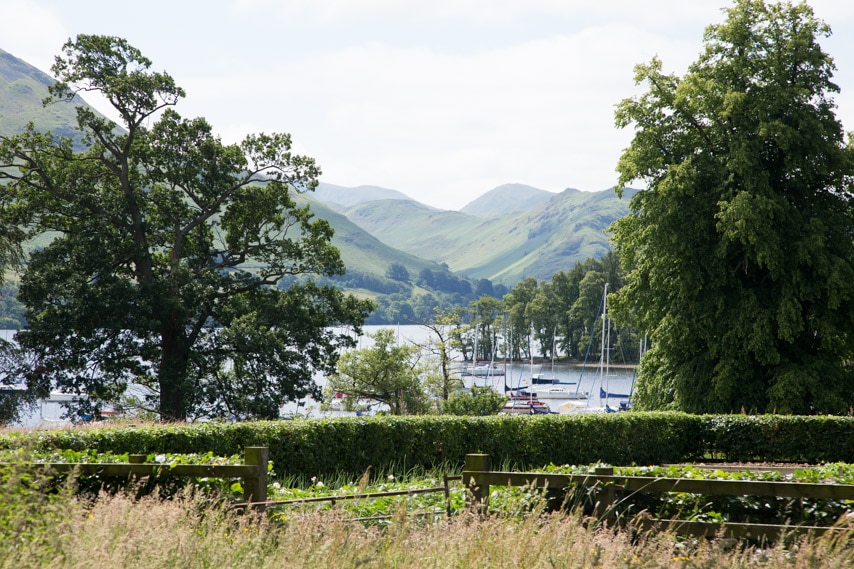 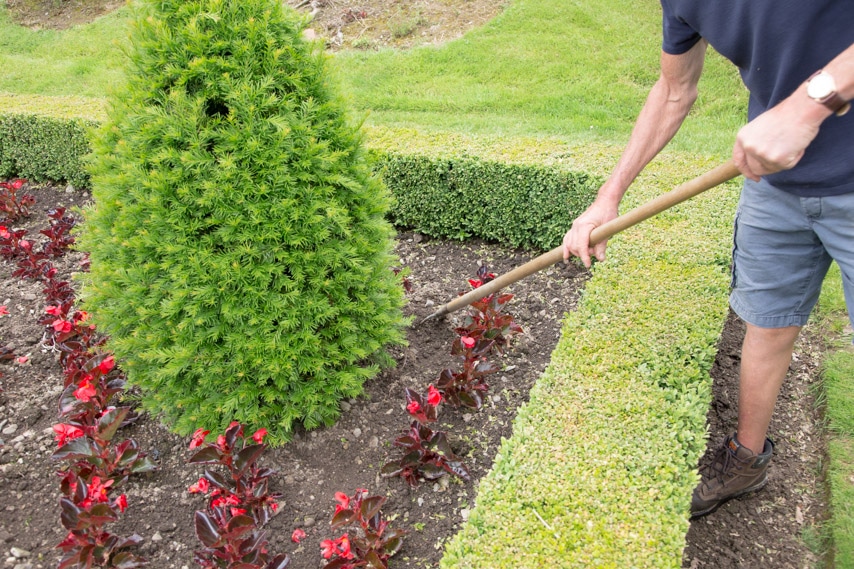 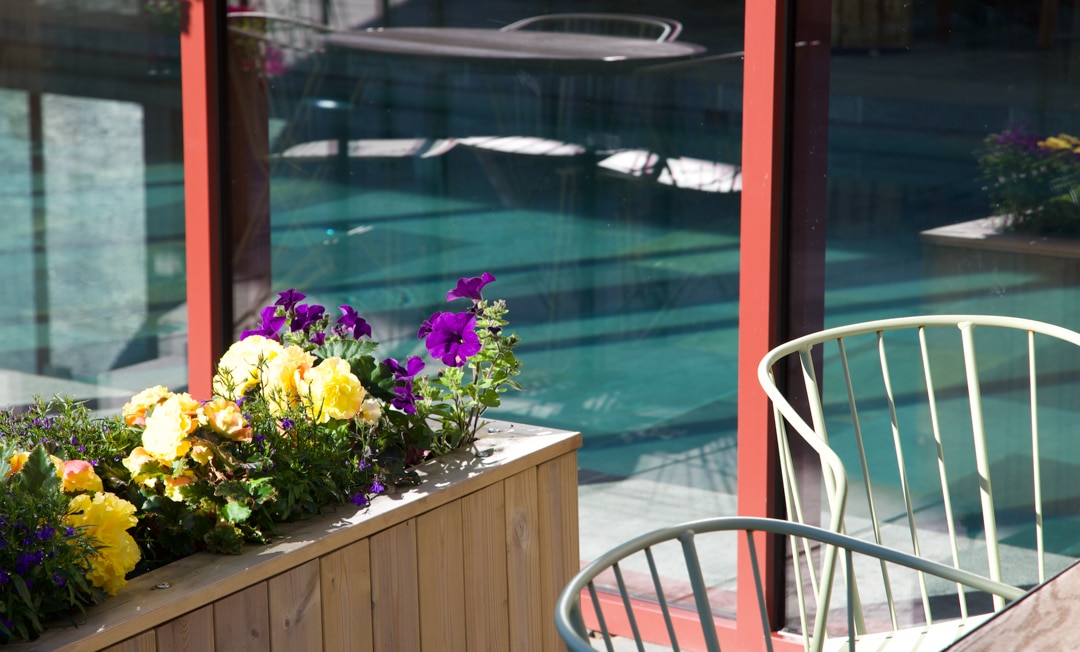 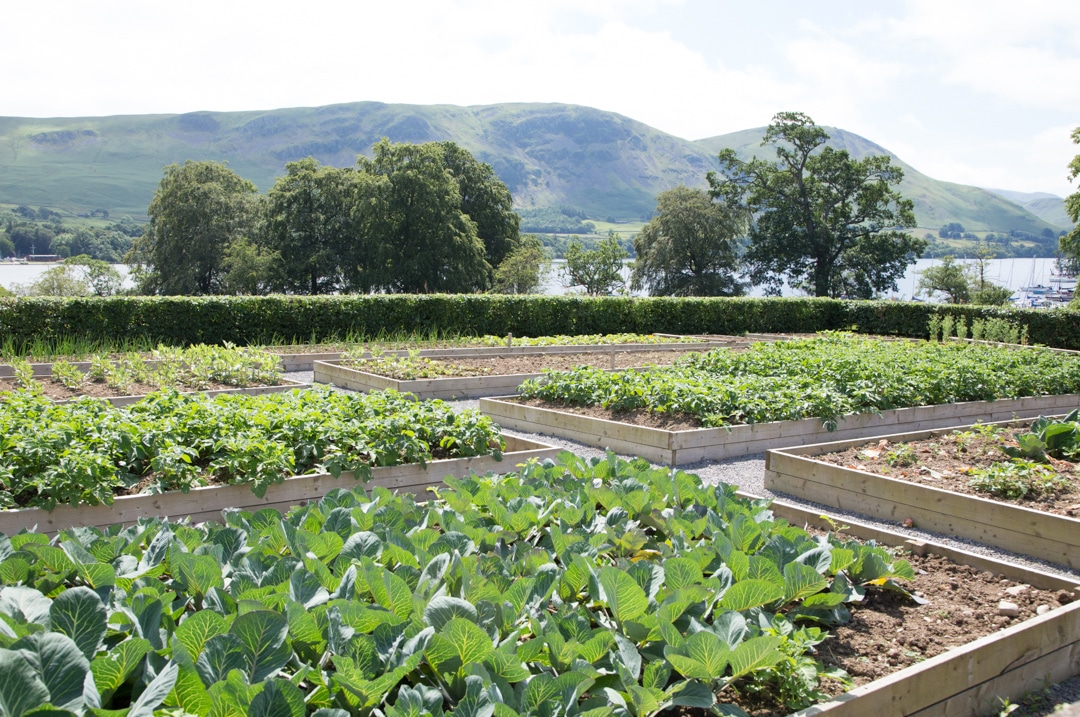 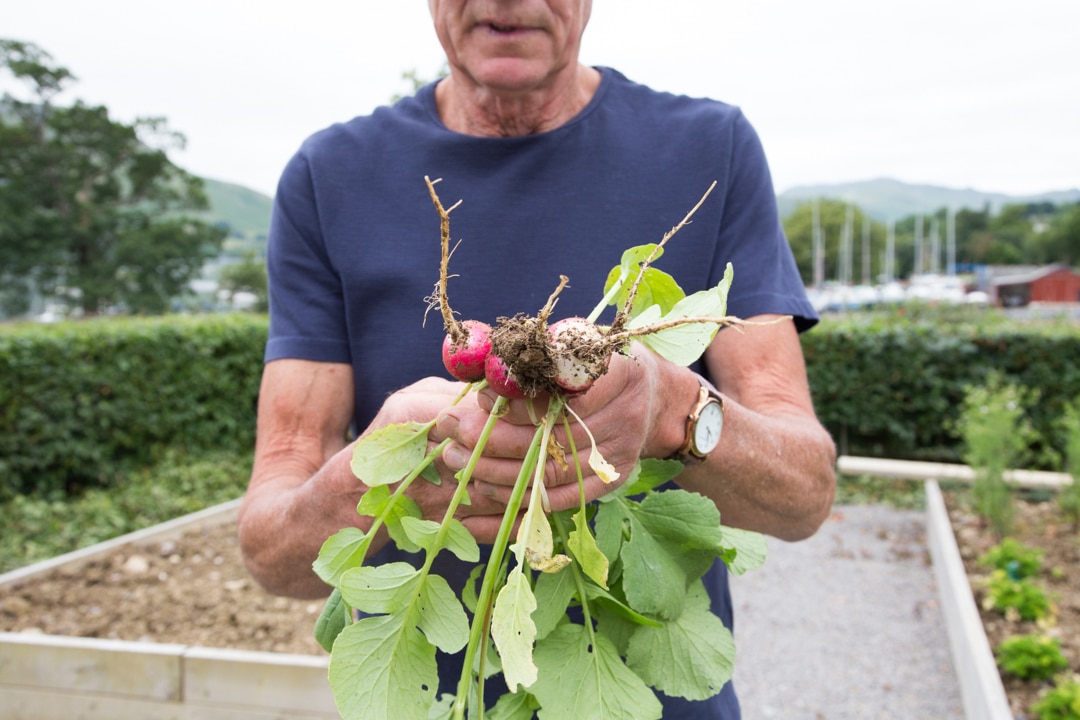 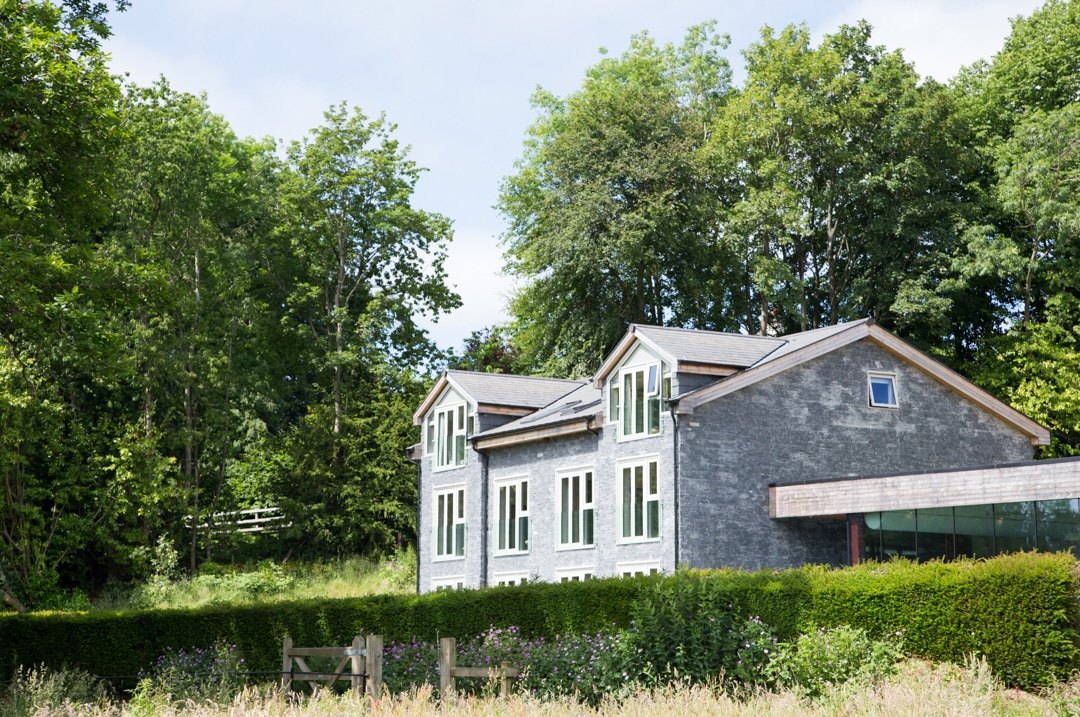