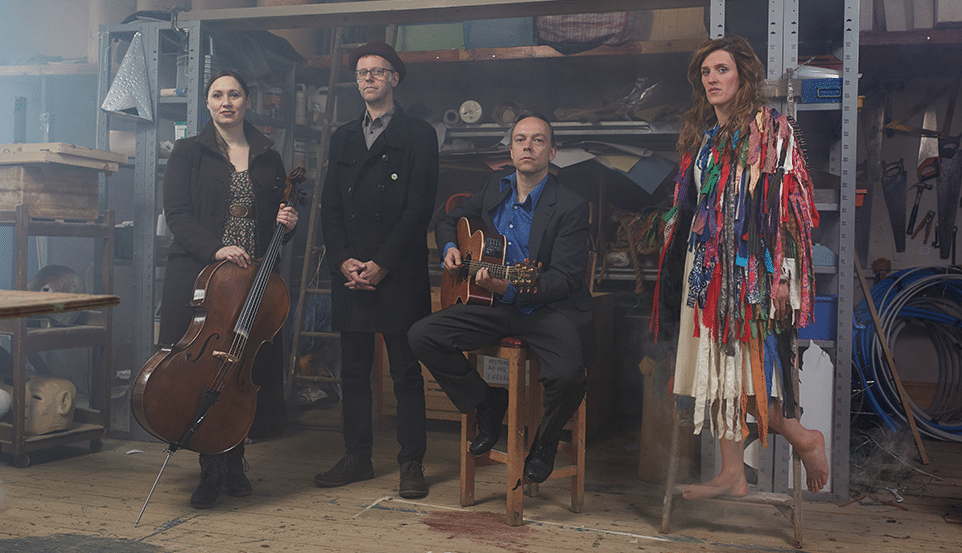 Ever wondered if you missed your chance to be wild? Sonya has been spinning a lot of plates recently; she’s really good at it but she’s definitely not the untamed woman she thought she’d be. In 2017 she headed off on a hitchhiking mission to find 60s folk legend and wild child Anne Briggs. Harnessing live music by The Greyhounds, storytelling and the odd party trick, Feral tells an intimate story about making wilder choices.

Theatre by the Lake has brought the magic of theatre and the excitement of the imagination to one of Britain’s loveliest and remotest counties.

The theatre, hailed by The Independent as “the most beautifully located and friendly theatre in Britain”, opened in 1999. It is set a short stroll from Derwentwater on the edge of Keswick, amid the magnificent western fells of the Lake District.

With two stages, a 400-seat Main House and 100-seat Studio; they present up to nine of their own productions of classic, modern and new plays throughout the year. Six plays are performed in repertory from May to November by a resident company of up to 14 actors.

Theatre by the Lake aim to produce a new play every year and their Christmas plays have become firm favourites with family audiences. The Theatre aims for the highest standards of production and design and many Theatre by the Lake productions have won multi-star reviews from national and local critics.

The theatre hosts a variety of festivals and visiting companies and is open for 52 weeks each year.