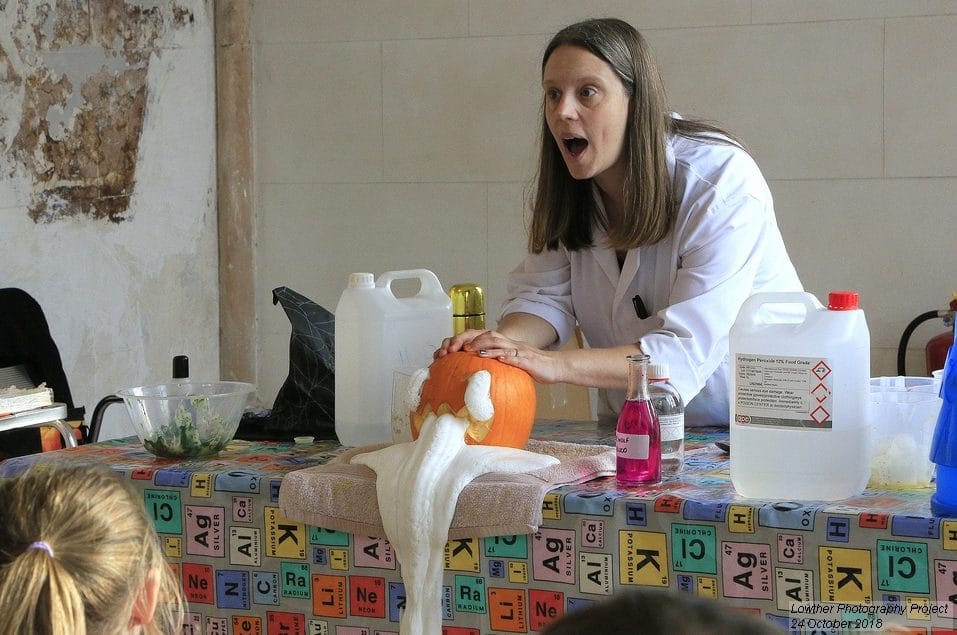 Following their sellout workshop run over Hallowe’en here at Lowther, the Science Booth are back again during the Christmas holidays. Their mission – to teach young visitors about the crazy Chemistry of Christmas. The young science-lovers will be able to see Christmas lights the way Sir Isaac Newton would have seen them when he discovered diffraction; watch as Christmas puddings are set alight in a rainbow of flames; and wow as snow is formed in seconds. Workshoppers will also be invited to make their own piece of festive Science to take home.

An interactive 60 minute workshop for boys and girls (recommended 5+). £11 per child.

Of the many treasures waiting to be discovered in the English Lake District, Lowther Castle is a particular gem. Built at the turn of the 19th century, on the site of two previous houses, the castle was a grand affair boasting a room for every day of the year. Its gardens were the envy of the north. But in 1957 the castle was demolished. Just the façade and outer walls remained standing and for over half a century, the place was empty – home only to chickens, pigs and the odd bat. The gardens were lost to wilderness.

Seventy years on from its demolition, Lowther Castle is now one of the most intriguing visitor attractions in the country. Indeed it was voted Large Visitor Attraction of the Year 2018 in the Cumbria Tourism Awards.